When Brian Pokora attended Iceland Airwaves for the first time in 2014 it immediately became his goal to play a set there. And here he was, looking down at us all from on stage as he served up mellow, but interestingly layered experimental glitch electro. Clearly a huge music fan himself, Pokora thanked shop owner Ingvar for scheduling him early in the day so he could soak in the fest. It was a more stripped down set than he was used to, due to budget airline luggage restrictions, but the crowd didn't seem to mind. "I wanna be up here taking selfies," he said, "like 'yeah, I did it." - Amanda 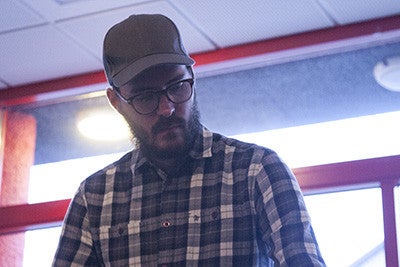 A friend intercepted me as I was exiting a venue, suggesting I catch Tonik Ensemble (Icelandic musician,  Anton Kaldal Ágústsson) as he was playing next. As my next show was in an hour, I agreed to come back to Bíó Paradís after stopping for a lamb hot dog. So, hunger sated, I returned to listen to Tonik Ensemble play a form of brutalist electronic music that harkened to 90s-style industrial. He knobbed twirled with aplomb, but what sounded to me like metal on metal scratching was harsher than my mellow state craved. I left feeling uneasy, though that may have been the lamb hot dog (Probably not.) - Mai 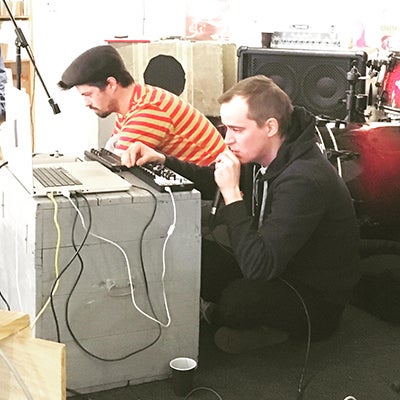 I'm no Justin Snow, so seeing drone music being created live is always a bit mind-blowing to me. So much knob twiddling and technical noodling to produce such constant tones! Mankan at times sang, moaned, whistled, and whispered into their synthesizers and the results were magical. - Amanda 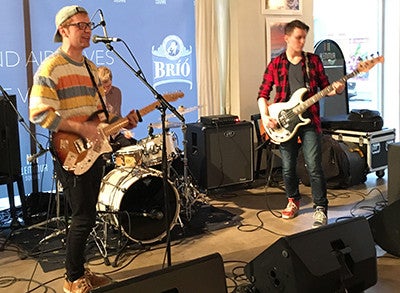 Here was a cool little surprise. I was wandering around in search of lunch, when I heard a sounds drifting from Hlemmer Square that immediately drew me inside. There I found Jón Þór, dressed like a cross between Rivers Cuomo and Mac Demarco, and his band barreling through a set of fun, infectious punk rock/power pop. Jón's voice even sounded eerily similar to Howard Devoto of the Buzzcocks. - Amanda 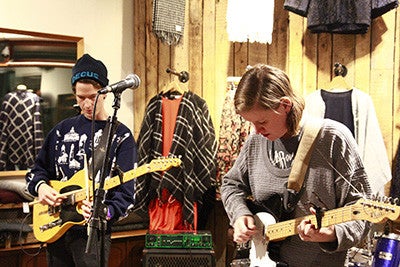 There are some bands that I have minor crushes on, one of them is local band, múm. If it is possible to convey painterly 'scapes while singing, that is what they do. This is largely in part due to their wonderful singers, one of them being Mr Silla. Before she started her set at Geysir, she looked at me and chucked her head in an "indie rock hello" (because I see her sing whenever I can). Accompanied by a musician with guitar and a drum pad and herself on guitar and fiddling with software to making glitchy beats on an iPad, she delivered songs of love and loss in dulcet tones. Her's are gorgeously inflected vocals and I'd see her again and again. - Mai 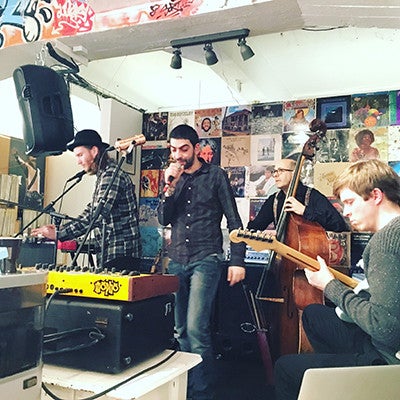 I was fiddling around trying to make radio happen with the help of record store employee Johannes (who introduced himself as Joey, pronounced Yo-ey.) when a customer approached the counter. Sheepishly she asked Joey for his autograph. Autograph? I peeked over his shoulder and saw he was signing an Epic Rain cd. No way! When he later took the stage at Lucky I realized he's the main vocalist, supplying all the gloomy spoken word/raps to Epic Rain's blues-infused rock. He's joined on vocals by Bragi, a lanky Icelandic man in a Heisenberg hat, who sounds like he swallowed a handful of gravel made of crushed Tom Waits CDs. - Amanda 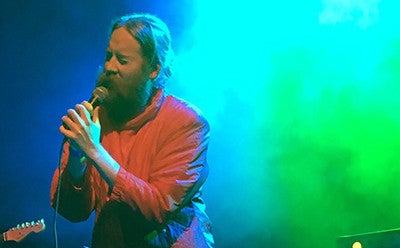 He's big big big and he's red red red. (uh oh, I'm aging myself with a pop culture reference) He's also fun, fun, fun! This is electro pop party music at its best- great beats, simple (if not silly) lyrics, and a healthy dose of new wave influence. Berndsen ended the set by stripping off his bright red windbreaker to reveal his naked chest, then dove down into the crowd, gyrating with them until the beat stopped. Basically want to be best friends with Berndsen. - Amanda 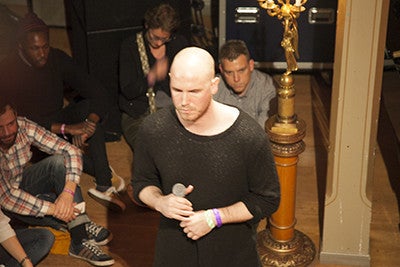 Local Reykjavik-band Agent Fresco played to a packed crowd at the gorgeous Fríkirkjan church. The band, whose songs are emo-laden, included a trio of strings to accompany them while making use of the on-site piano. The church setting and the festival atmosphere, inspired what would usually be a rock performance to become an orchestral “Behind the Music” performance instead. At a pivotal moment, after an anecdote of writing a song after being mugged -- a cell phone pinged. The women behind me looked stricken, as vocalist, Dan Arno, commented, “That’s DJ Mobile Phone”. - Mai 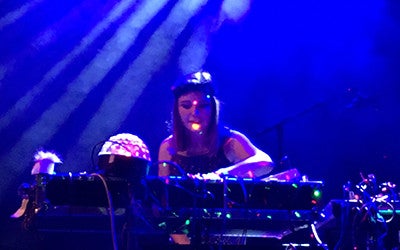 One of my most anticipated Airwaves sets, and she did not disappoint! dj. flugvél og geimskip took to the stage in a sparkly dress, sequin jacket and headband, polka dot tights, and rave lights on every finger. Her music was a weird and wonderful trip through space, punctuated with strange noises and an over-the-top light show...and the whole crowd was along for the ride, waving jazz hands pretending to be the stars. - Amanda 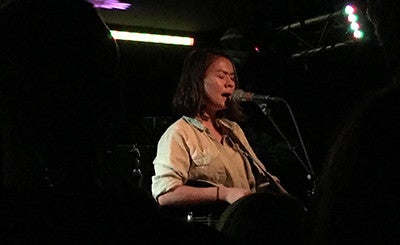 Mitski has garnered some of the biggest buzz at every music festival she's played, and wow, she is so deserving of the praise. Finished my night of shows with Mitski at Gaukurinn because I couldn't bear to see anything else afterward, because anything more would be a let down after this raw, emotional set. Was Mitski crying? Was I crying? Even the lens on my DSLR was dewey! (but that was from having hiked across the city in the rain. Yeah, that's it. Rain.) - Amanda