It's been a damp Airwaves so far, but with so much great music, it's easy to still feel warm and cozy inside! Here are just some of the highlights: 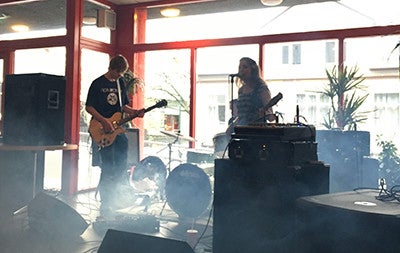 I was taking a break from haunting Lucky Records, strolling around downtown, when I heard what sounded like an Icelandic Deerhoof/Melt Banana amalgom, and saw what appeared to be a band playing to a huge group of children. These two things together drew me like a magnet. I arrived just in time to witness a fog machine misfire blast this gaggle of cherubic Icelandic babies right in their sweet little faces. I laughed SO hard. My favorite part of the band was by far the vocals, and lo and behold, it was dj. flugvél og geimskip herself! (who I later saw again at The Loft Hostel a couple hours later. Am I becoming a fangirl? Do I even care? She's so great!)  - Amanda 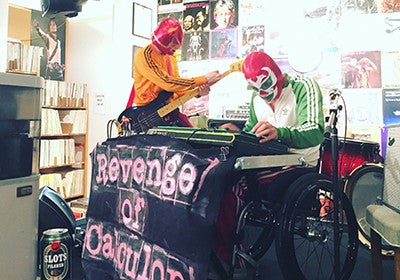 Revenge of Calculon at Lucky Records

Some bands are too silly to be taken seriously. Then there are bands like Revenge of Calculon, who also happen to be so good at what they do, that you can't help but be swept along with them. These two self-described "Lo-Fi Electro Funk Luchadors" barrelled through their set with wild abandon, leaving the crowd both shaking their heads and cracking smiles. - Amanda 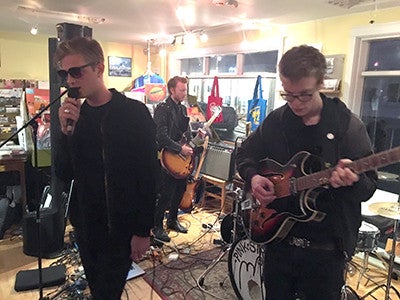 russian.girls is the side-project of Guðlaugur Halldór Einarsson, guitarist of Fufanu (In such a small city, I guess I shouldn't be surprised to see so much cross-over/side-project action.) along with another guitarist and a lead vocalist, who donned black sunglasses and paced around as he crooned.The music is best described as a sexy soundtrack for spies. The tiny record shop was packed. At one point when the guitarist switched guitars he has no choice but to lay the discarded axe across my toes. - Amanda 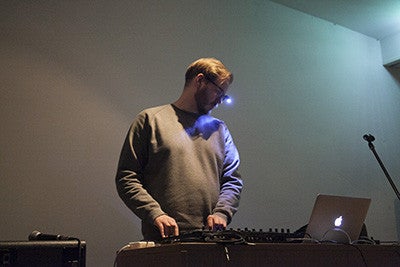 I had salmonella last week, I actually still have it since it can take 1-4 weeks to get it out of one’s system. While trying to rally after being doubled over in my hotel room, I decided that sitting in the dark was a good idea. Sitting in the dark, while listening to good 90’s referential drum and bass was an even better idea and Terrordisco splashes of cinematic action sequence music helped get me going for the rest of the evening. - Mai 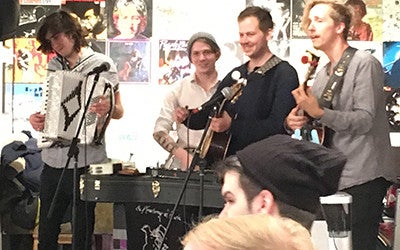 The Anatomy of Frank at Lucky Records

I'll be the first to admit it- I was never much of a fan of the big Americana trend that's happened in music over the past few years. But these days, at least to my limited knowledge of this genre, the onslaught of new banjo-driven bands seems to have subsided, and the proverbial cream has risen. The Anatomy of Frank is one such band. First off, they hail from Virginia, making them way more real than that Americana band I once saw who turned out to be from Berkelee College of Music. (sorry, dudes. You take the subway to school.) Second, The Anatomy of Frank has to be one of the most charming and engaging bands I have seen in some time. They exuded joy. The crowd loved them. I loved them. We all sang along. Me love Americana? That's one fine anatomy you have, Frank.- Amanda 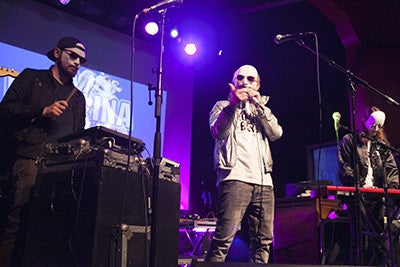 Scary “opera” masks that fascinated me (scarier without sunglasses because those eyeholes!!) and downbeats in the vein of Linkin’ Park. The band bills themselves as “romantic electronic”, but their posturing implied bro vibes. They sing in Icelandic, so I can’t comment on the quality of their lyrics, but the local crowd enjoyed them - dancing and hollering at times. - Mai 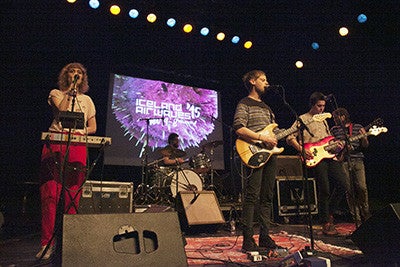 Three singers singing in cute boy/girl call-and-response style over classic twee/indie rock. The set started with a few technology glitches and when that was corrected, one of the singers asked to start over mid-song. Energetically, the band didn’t seem to quite recover from that, though they played a solid set. I’d see them again. - Mai 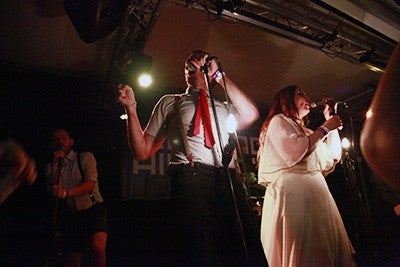 FM Belfast is the pants-off party band. The small stage at Hurra was almost too small to contain them and the space was definitely too small to contain all the people clamoring to dance and sing-along to their accessible lyrics. Songs like “Don’t want to go to sleep” or “Everything” had people crouching on the floor and jumping around. FM Belfast are definitely in my top 5 bands to see at Airwaves. - Mai